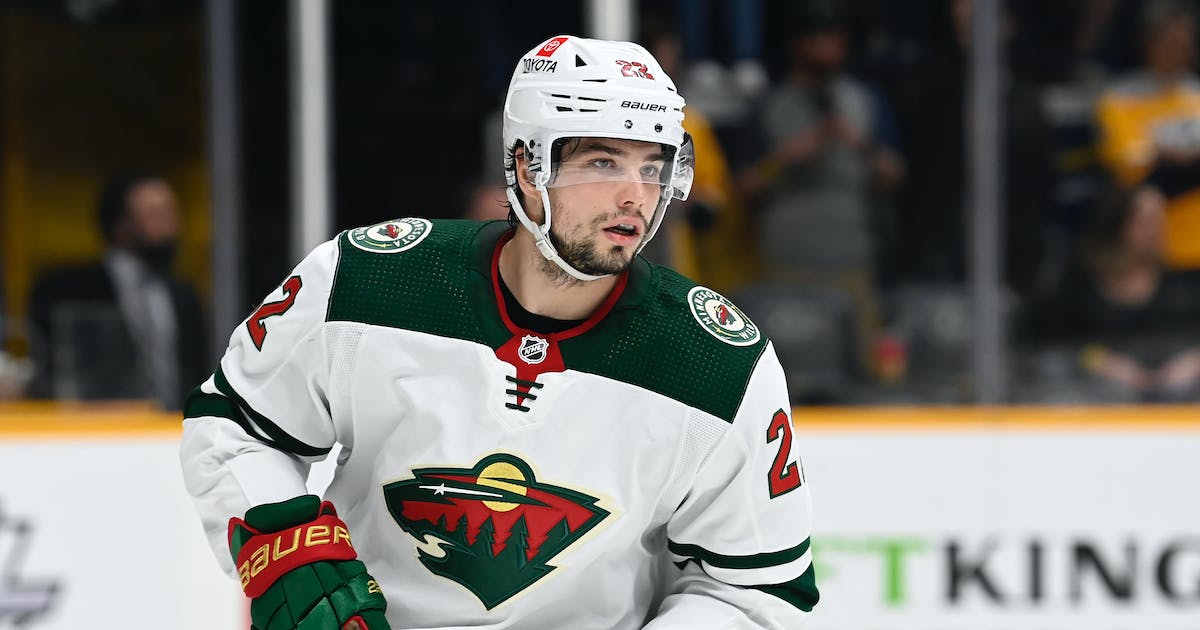 A record-breaking season led by one of the NHL’s up-and-coming superstars and career years throughout the lineup weren’t the only reasons it made sense for the Wild to try to better its chances at a long playoff run.

So did its financial situation, a looming pinch that’ll severely restrict the team’s spending.

But after loading up at the trade deadline and then fizzling out in the first round of the playoffs against St. Louis, the Wild is now forced to confront the reality of its new budget as it shapes a roster.

“We don’t know what’s going to happen or if we’re all going to be together again or not,” coach Dean Evason said. “It’s tough.”

Although the Wild’s stint in the playoffs was short, the six-game letdown to the Blues didn’t erase what went well for the team.

Kirill Kaprizov returned from winning the Calder Trophy as the NHL’s top rookie and signing a massive five-year, $ 45 million contract to become the Wild’s first 100-point player whose 108 ranked fifth in the NHL. His linemate, Mats Zuccarello, reached 79 points for the first time in his 12-year career.

“You can’t say enough about the guys in our room and how special they are and how special of a group this was,” goaltender Cam Talbot said. “I think that’s what stings the most, but this team has been building something special this year and this was another step forward.”

The culmination was the most wins (53), fewest regulation losses for an 82-game season (22) and highest scoring output (305 goals) in franchise history, a successful spinoff from the 2021 team that fast-tracked a transitional year into a workable foundation.

This offseason will establish who has a role in the next phase of construction.

Although the salary cap is projected to increase $ 1 million, the Wild has minimal wiggle room. The team has only approximately $ 3.5 million in cap space right now, according to capfriendly.com, with a handful of players on expiring contracts including Fiala, defenseman Jake Middleton and goalie Marc-Andre Fleury.

Fiala is the most intriguing of the bunch; he’s a restricted free agent coming off a one-year, $ 5.1 million deal and his most prolific season. But as its ledger stands now, the Wild doesn’t even have the capacity to match Fiala’s current money let alone afford a more lucrative contract in response to his improvement.

Plus, there are other positions to address.

One is goaltending since the Wild has only Talbot under contract for next season and Fleury is an unrestricted free agent who can choose his destination. Even though the team has six NHL defensemen signed in addition to the Calen Addison prospect, just 10 of the forwards who finished the season with the Wild are under contract; the team could fill out those remaining spots with players in the pipeline already on cheaper, entry-level deals.

Why is money so tight?

Because the cost of the buyouts for Zach Parise and Ryan Suter executed last summer are escalating, from a total hit of roughly $ 4.7 million to nearly $ 13 million. And for two seasons after 2022-23, they’ll eat up even more of the Wild’s spending power (almost $ 15 million each year) until dropping to a manageable $ 1.67 million.

Amid this math, the team could turn what was an unprecedented display on the ice by Wild standards into an expectation instead of an anomaly.

Ultimately, that potential will be begin to be decided by next season’s lineup. How closely it resembles its predecessor is to be determined.

“Changes have to be made,” Foligno said. “I get it. But the mind-set doesn’t change. This is a huge positive for our team, before this series obviously. That’s the way we have to go into the offseason, unfortunately, and really focus on that, and know that next year we’re going to have a sour taste in our mouth from this.

“But we built a really good group and something that we can improve on.”