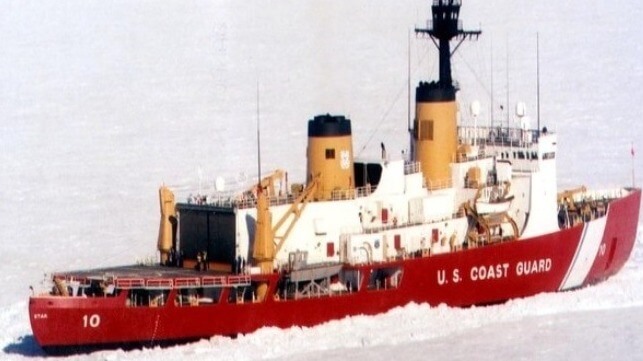 The US Coast Guard released a formal request for information seeking to identify US-built commercial icebreakers that might be available for purchase. With promises of funding from the Biden Administration and the US Congress, the Department of Homeland Security published on May 3, the request for information as the first step in the possible purchase of a vessel to bridge the gap until the newly built polar security cutters, which are behind schedule, are commissioned and available for service late this decade.

“The USCG seeks to identify commercial vessels available for purchase that were constructed at a US shipyard and are capable of operating in or around the Arctic,” the RFI says. “The following information requests are intended to increase the Coast Guard’s understanding of the available US constructed commercial vessels that could be purchased to support operations in the Arctic.”

The US Coast Guard currently only has two large icebreakers in service while it has placed an order to build two next-generation vessels. Currently, the only heavy icebreaker is the 46-year-old Polar Star which the Coast Guard has been undertaking life extension programs to keep the vessel operational until the new ships come online. Polar Star was recently placed in dry dock in Vallejo, California, to start work on the second phase of a five-year, $75 million Service Life Extension Program. The Coast Guard plans to replace antiquated technology to extend the vessel’s operational life.

At the same time, USCG is now seeking to identify commercial vessels that are available for purchase in 2023 or 2024. To meet the request for the vessels must not only have been built in a US shipyard but must have PC3 or higher classification and the capability of breaking at least three feet of ice ahead at a continuous speed of three knots. Further, it must have at least 15 years of original design service life remaining and be capable of operations for a minimum of 60 days without resupply. Other specifications include a maximum draft of 29 feet and a landing area of ​​Coast Guard helicopters.

Respondents are asked to provide full details on the vessel but not specifically proprietary information at this stage which is only for the Coast Guard’s planning purposes. However, they are requesting details including the fair market value of the vessel and the estimated price for the purchase of the vessel, technical data, and data rights. Submissions are due by June 10 via email to the USCG.

The Department of Homeland Security has said that it considered the icebreaker cutter program important and wants to ensure that there will be no significant gaps while the USCG works to commission the new vessels. DHS is estimating that it would require a year and a half to two years after the purchase of a vessel to have it operational.

Recently, the USCG confirmed that the new polar security cutters are behind schedule saying that the ships required a complex design process that has been delayed in part during the pandemic. The original contract with Halter Marine called for construction to begin in 2021 with the delivery of the first icebreaker in 2024. At last report, the Coast Guard said it was still working with the US Navy to finalize the design of the vessel.

The first of the new ships is now not expected to be delivered until 2025. At the end of 2021, the Department of Defense and the Department of Homeland Security confirmed that they had also exercised the option for a second polar security cutter with delivery from Halter in 2026. The original program envisions the construction of three new cutters.