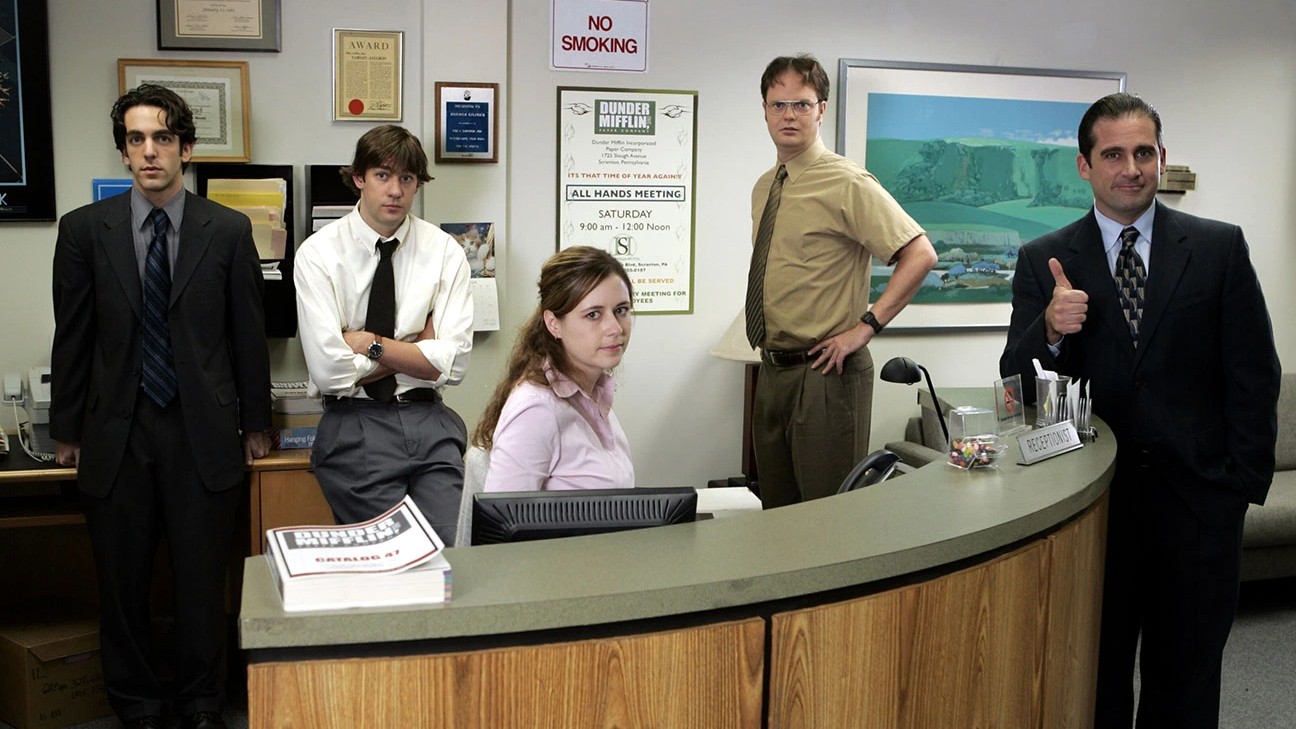 By Douglas Helm | 7 seconds ago

The US version of The Office is easily one of the most beloved TV comedies of all time. After nine seasons, the show was able to wrap up with a satisfying finale that left fans of the show happy and gave closure to all of the stories of everyone’s favorite Dunder Mifflin employees. But apparently, there was a time when it was possible that we would have seen two more seasons of The Office.

Jenna Fischer and Angela Kinsey, who played Pam and Angela, revealed some details about this moment in their forthcoming book The Office BFFs: Tales of The Office From Two Best Friends Who Were There. The book gives tons of details about the making of The Office and behind-the-scenes stories. One of which was when producer Greg Daniels approached the cast with the news that they could go for another two seasons (maybe more) or they could go out on their own terms and end things with Season 9. Obviously, we now know the result of this conversation, but it had to be a tough one to make. In an interview with EW, Fischer said “it just felt like, I don’t know. It just felt sad and wrong. ” talking about how the characters would just gradually leave the show. And Kinsey concurred, saying “It felt wrong. It felt wrong and like it would just ruin the [Office] world to slowly make up excuses of why people are leaving. ”

While everyone loves The Office, it’s tough to disagree with this choice. The show had already lost some steam after Steve Carell aka Michael Scott left the show. Mindy Kaling, Jen Celotta, Gene Stupnitsky, Lee Eisenberg, and BJ Novak were also no longer on as writers. Add to the fact that many of the cast were ending their contracts after season 9 and it seems like this was really the only way to go. If the show was already so much different after the departure of Michael Scott, imagine what it would be like without more of the main characters. Instead of dragging things along, The Office was able to go out on a high note instead.

For fans of The Office, there you can always binge the episodes over and over instead of lamenting the lack of extra seasons. Also, Jenna Fischer and Angela Kinsey have an ongoing podcast called Office Ladies, where they rewatch the entire series and go in-depth on behind-the-scenes tidbits. Combine the Office Ladies podcast with their upcoming book on the series and you should have plenty of content to learn a ton about everyone’s favorite mockumentary series. Plus, you can always check out the underrated (in the US) UK version of The Office with Ricky Gervais that started it all. With hours of The Office content out there, fans can be plenty satisfied with what they have. There’s definitely something to be said about ending a show before things can go downhill. Remember the ninth season of Scrubs with all the med school students? Yeah, neither do we.