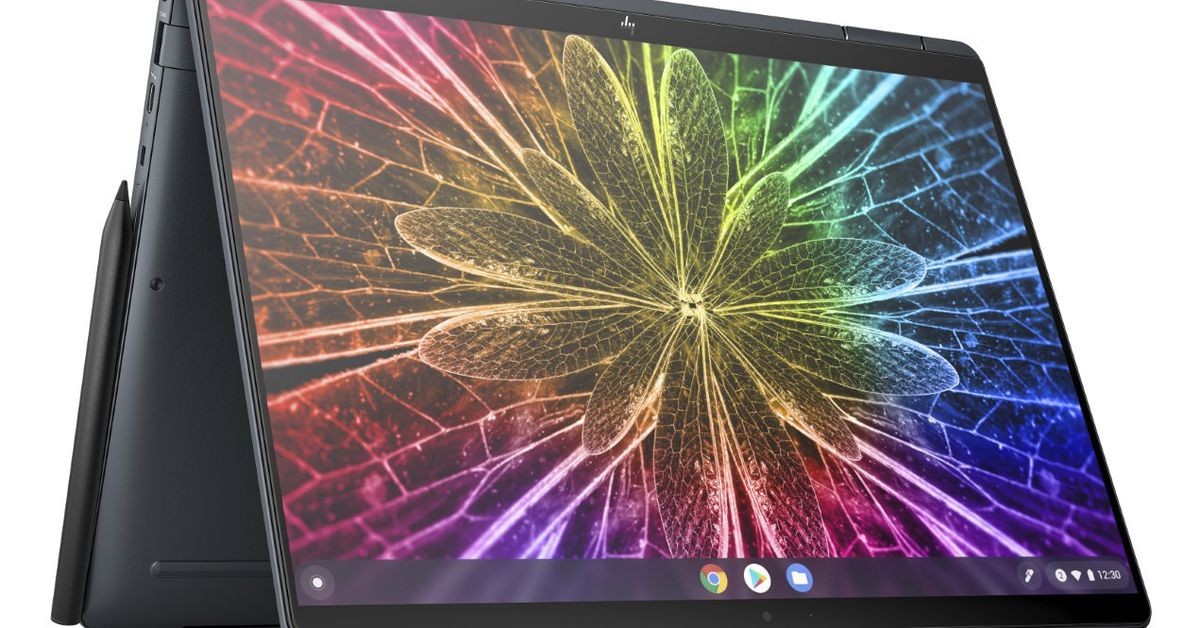 HP’s Dragonfly Chromebook is the most exciting Chromebook I’ve seen in a while. The device, which mixes high-end specs with premium hardware design, was announced at CES back in January. And now, HP has finally revealed the price of this thing: the consumer version of the Dragonfly Chromebook is expected to ship this summer, and it will cost – brace yourselves – $ 1,149.

Okay, so that’s not as bad as it could’ve been. The Enterprise model of the Dragonfly is listed with an MSRP of 2,165 as of this writing, which is the highest starting price I’ve ever heard of having a Chromebook. Still, 1,149 is … a lot.

For that high price, This Dragonfly device will include all kinds of high-end features. It will be the first Chromebook with Intel’s vPro platform, a staple of high-end business PCs. It also has the world’s first haptic touchpad on a Chromebook, a screen option that can hit a whopping 1,000 nits of brightness, an HDMI port, and 12th Gen Intel processors. Current generation Intel chips don’t often hit Chromebooks this quickly after their release.

Lenovo’s ThinkPad C13 Yoga Chromebook, which is another recent time that a company tried to add a Chromebook option to its established premium business line, started at $ 909 at the time of its release (and I thought that was quite high at the time). Other companies have tried the high-end Chromebook. Samsung did a gorgeous and very red $ 999 device, and Google’s convertible Pixelbook (also $ 999) was groundbreaking hardware at the time of its release. Both of these devices stopped just shy of the $ 1,000 mark, but we still didn’t see either as excellent value for their price tags after our testing.

Bear in mind, too, that $ 1,149 is the Dragonfly’s base price. HP tells me that this base model will have a Core i3-1215U, 8GB of memory, 128GB of storage, and a QHD + touch display (which maxes out at 400 nits, not 1,000). That’s very expensive for those specs, even in a Chromebook. And I imagine many folks shopping in the Dragonfly price range will probably want more.

This puts the Dragonfly Chromebook in a bit of an odd space. On one hand, there aren’t a lot of competing options for high-end Chromebooks. On the other, you can buy a very well-built Windows laptop with similar specs at this price. High-end business laptops, in general, are not good deals. They tend to be an arena where manufacturers can truly show off the engineering they’re capable of because they’re targeting customers with bottomless pockets.

That doesn’t mean there aren’t Chrome OS enthusiasts who would go for this over something like an HP Specter or that there aren’t benefits that Google’s operating system can claim over Microsoft’s. But for Chrome OS to become commonplace in the C-suite, good hardware won’t be enough; Chrome OS will need to be able to match the software support that Windows currently offers. If the Dragonfly Chromebook is as good as it looks, Chrome OS will need to step up to the plate, and how well it does that may hint at the future of the premium business Chromebook as a category.