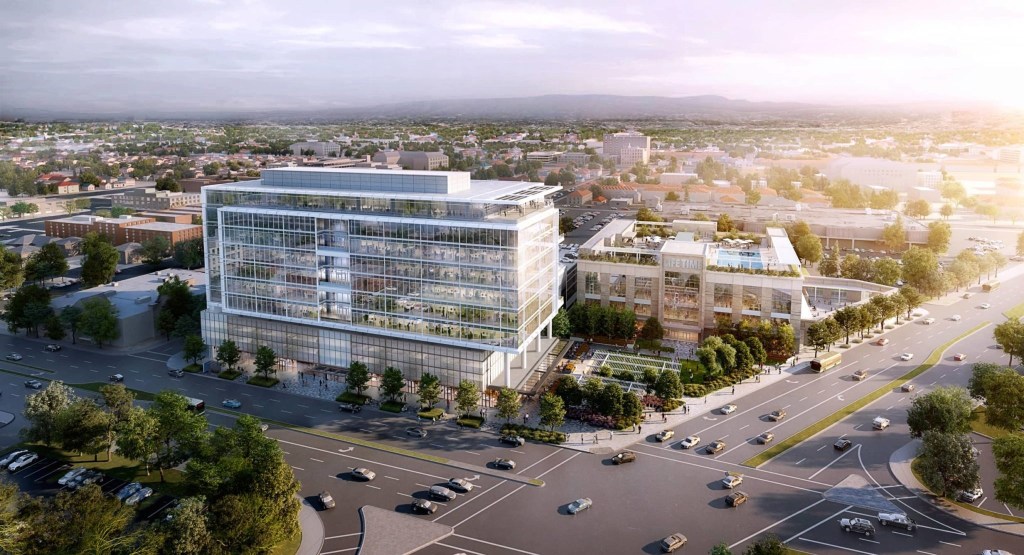 SAN JOSE – A veteran real estate firm with a nationwide reach has bought the properties that it needs to launch a dramatic development that would add an office tower and athletic resort to a key site in San Jose.

The Boulevard, as the project is called, is edging closer to reality now that Cypress Equities has purchased parcels at the southeast corner of Stevens Creek Boulevard and Saratoga Avenue.

Over the last four years, Cypress Equities has been working with San Jose city officials to craft a development that would meet the needs of the neighborhood and the city.

San Jose seeks to encourage the creation of urban villages that would create more dense office and retail sites along Stevens Creek Boulevard.

“We could not be more excited about bringing this incredible new development to the City in their new urban village plan,” said Chris Maguire, chief executive officer with Cypress Equities.

The tower could entice one or more tech companies, which appear to once again be out in force seeking new spaces to lease or own as they expand.

One of the key components of the development would be a Life Time Athletic Resort, which would be a fitness center with wide-ranging features and amenities.

“The Life Time club will offer traditional health and fitness activities including group fitness classes as well as personal training and a multitude of family and children’s activities,” according to a marketing brochure prepared by CBRE, a commercial real estate firm.