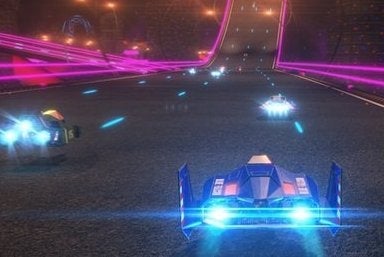 Former Nintendo of America president Reggie Fils-Aimé has hinted that “some developer is playing around with an idea” that may bring Nintendo’s space racer F-Zero back to life.

In an interview with VentureBeat, Fils-Aimé confirmed that a developer rarely “makes a conscious decision not to continue supporting” a franchise, stating that – “at least during [his] tenure “- Nintendo is always experimenting with ways to make new games… or apply new ideas to an existing franchise.

“Why was F-Zero abandoned?” he said. The insight I would share is that, at least during my tenure, Nintendo developers were always experimenting with different gameplay styles, always thinking about where a unique experience could be applied back, either to an existing franchise or maybe creating a new franchise.

“My bet is that somewhere in the Kyoto development centers, some developer is playing around with an idea that might be applied to F-Zero. It’s never a situation, at least in my experience, where the company makes a conscious decision not to continue. supporting XYZ franchise. Historically it just didn’t work that way, not when I was there. ”

F-Zero first released in 1990 – that’s 32 years ago – and came to SNES in ’91, but the series has been dormant since 2004’s F-Zero Climax. It’s widely considered to have inspired a whole generation of racing games, including Wipeout and Daytona USA.