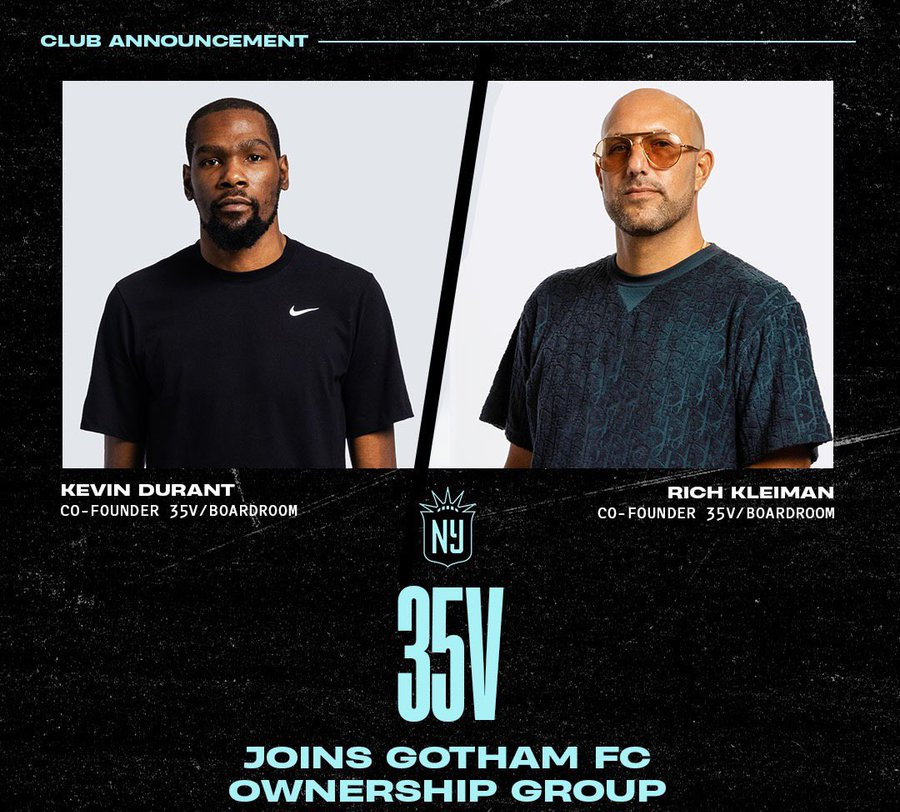 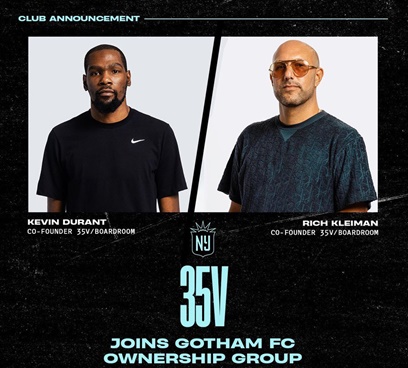 NWSL club Gotham FC announced “another new addition to its ownership group” this morning, as Thirty Five Ventures and co-founders Kevin Durant and Rich Kleiman are coming on “as minority investors,” according to Meg Linehan of THE ATHLETIC. They joined a “recently expanded investor group for Gotham after Carli Lloyd joined the ownership of her former NWSL club last month, and Kristen Bernert and Karen Bryant of consulting firm KB2 Sport joined in March.” Thirty Five Ventures’ investment will also include “additional partnership elements such as content creation, social media support, player relations and community outreach.” Durant and Kleiman also “have an ownership stake” in the MLS Union, though this is their “first investment in women’s soccer.” They “aren’t strangers to women’s sports, however, with an investment in Just Women’s Sports and a partnership with pro sports league Athletes Unlimited” (THEATHLETIC.com, 5/4).

GOLDEN GOALS: In Philadelphia, Jonathan Tannenwald noted along with Lloyd and Gotham FC, former USWNT players also “hold shares” in expansion club Angel City FC. It is a “testament to the NWSL’s stability and growth” that investing in the league’s clubs is “seen as good business, not just good principle.” But it is also a “testament to the fact that professional women’s soccer players now earn enough money that they have resources to invest,” after “decades of low pay across multiple leagues.” Lloyd said, “I don’t think that this would have been an opportunity, you know, even two, three years ago, definitely not five years ago.” She added, “The future is bright, and we just need to keep investing. We need to keep making the product good on the fields, which it is, and just rallying as many people as we can to keep supporting the NWSL. ” Tannenwald notes the work done by the NWSL, its players, fans, and sponsors has “produced significant progress this year: not just deep-pocketed expansion teams” in LA and San Diego, but the “first collective bargaining agreement for a US pro women’s soccer league “(PHILADELPHIA INQUIRER, 5/4).