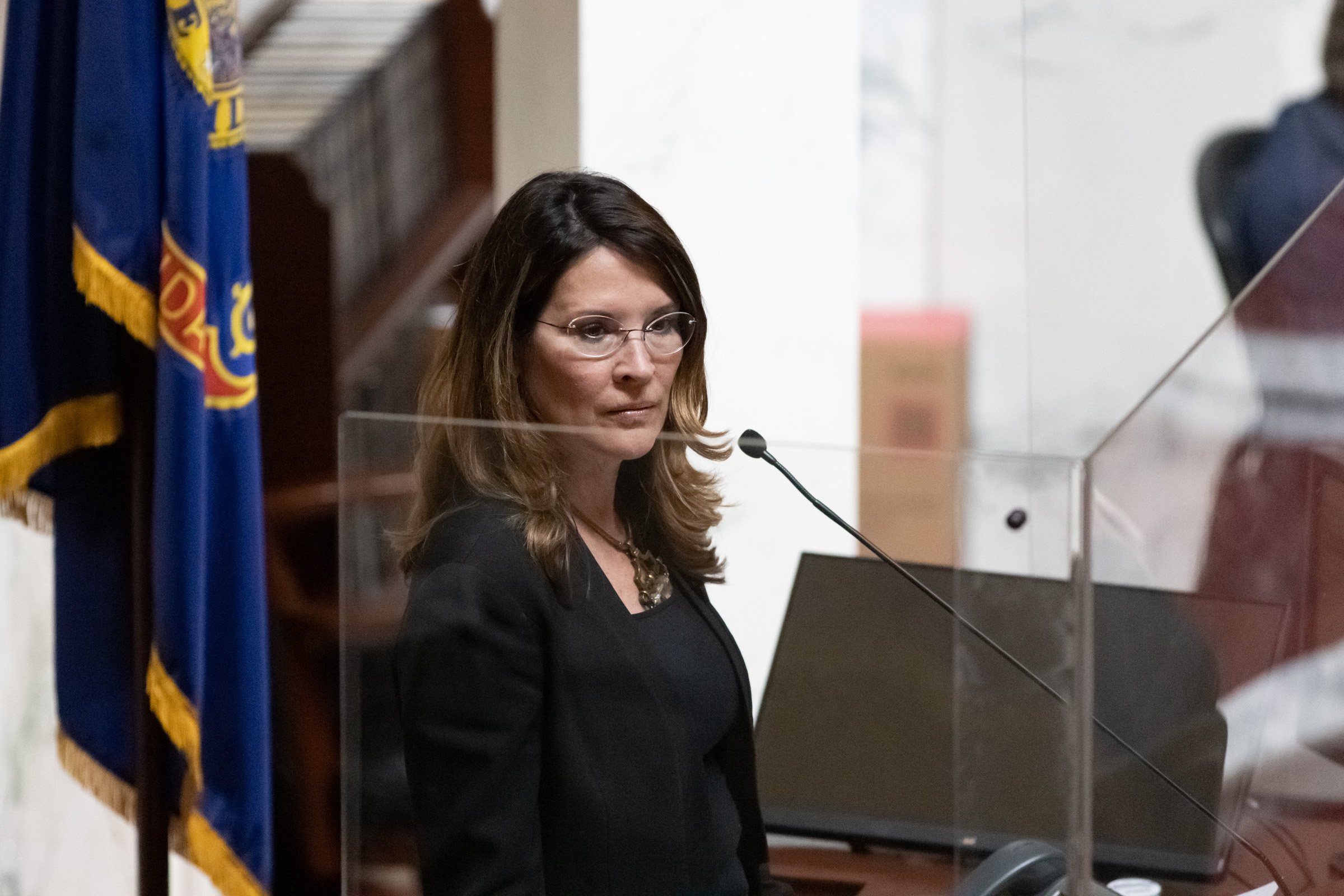 McGeachin is running for governor in the May 17 Republican primary election, where she faces off against Little and a field of six other GOP candidates.

In the complaint, Bradescu flagged a section of Idaho law that pertains to office hours for public officers in the state of Idaho.

GET THE MORNING HEADLINES DELIVERED TO YOUR INBOX

“Unless otherwise provided by law, every office must keep his office open for transaction of business from 8 am until 5 pm each day except upon Saturdays, Sundays, holidays and days upon which office closure is due to mandatory leave without pay,” the section of law reads.

An Idaho Capital Sun reporter called McGeachin’s office and knocked on the door outside her office shortly before 1:45 pm Wednesday but did not receive a response. A curtain was drawn over the glass in her office, and the lights appeared to be off.

“Given the Idaho Legislature funded the Office of the Lt. Governor to include three full time positions, I am asking you on behalf of taxpayers to investigate if the office is in violation of this law, ”Bradescu wrote in her complaint.

During the 2010 legislative session when McGeachin was serving in the Idaho House of Representatives, McGeachin voted in favor of House Bill 588, which provided the amendment that produced the exact section of law that Bradescu’s complaint is based on. The bill added the amendment to provide an exception for office closure due to mandatory leave without pay, and the language McGeachin voted in favor of included the requirement to keep offices open from 8 am to 5 pm on weekdays.

McGeachin is working without a paid staff after state officials have repeatedly warned her that she is projected to run a budget deficit at the end of the 2022 fiscal year, which ends June 30.

The state has also paused vendor payments from McGeachin’s office, and McGeachin has told state officials to withhold her salary and benefits to avoid a budget shortfall. However, on Monday, a state budget administrator warned McGeachin state law places limitations on the ability to reduce an elected constitutional officer’s salary mid-term in order to prevent a budget shortfall.

The Idaho Constitution prohibits state and elected officials, such as the lieutenant governor, from spending more money than authorized by the Idaho Legislature.

On Monday, McGeachin issued a statement saying her office budget is balanced.

“The media continues to manufacture controversy where none exists,” McGeachin said in her statement. “The Lt. Governor’s budget is balanced. Our office had some unanticipated legal expenses due to the Idaho Press Club suing us because of our efforts to prevent conservative Idahoans and their children from being doxed by the media. ”

“Our office has made the necessary cuts and adjustments to cover those costs, and Idaho taxpayers will not need to provide any additional funding for this office,” McGeachin added.

During the recent 2022 legislative session, McGeachin tried to get the Idaho Legislature’s Joint Finance-Appropriations Committee to approve almost $ 29,000 in additional taxpayer funding for her office, but JFAC never acted on McGeachin’s request.

McGeachin was not at her office Wednesday, but she was preparing for and promoting a Wednesday evening gubernatorial campaign event that she said features an appearances by former Fox News contributor Michelle Malkin, who tat the Southern Poverty Law Center and the Anti Defamation League says has ties to, and has appeared on stage with, white nationalists.

Bradescu, the Idahoan who filed the complaint, is active in local Republican politics and has made campaign donations to several Republican candidates running for office in 2022, including Ed Humphreys, one of McGeachin’s seven primary election opponents. Bradescu is president of the Ada County Lincoln Day Association, the District 19 legislative chairwoman and a neighborhood precinct committee committee.

In March, Bradescu wrote an opinion piece that ran in the Idaho Capital Sun calling for McGeachin to resign and urging more Republicans to condemn her.

The winners of the May 17 primary election advance to the Nov. 8 general election.