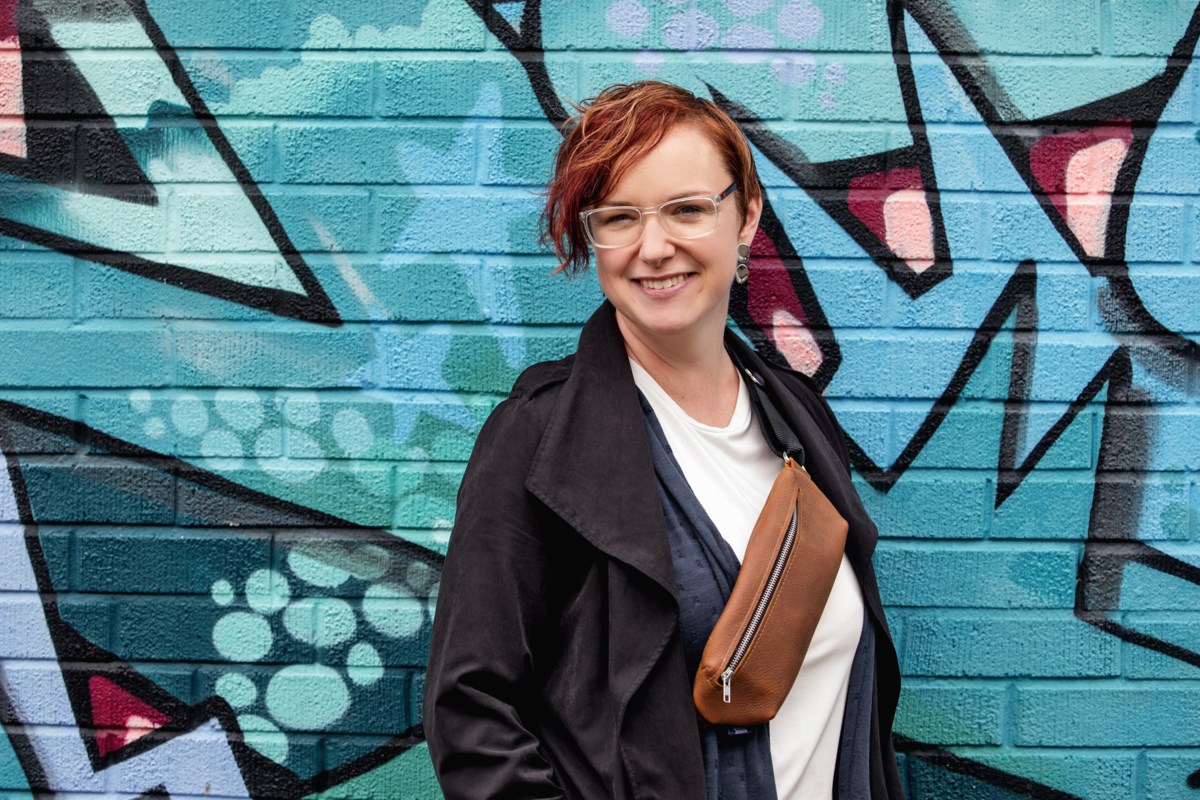 ‘No one talked about mental health and everyone around us was distracted by her unhealthy coping strategies,’ says Marnie & Michael owner and mother of two Jennifer St. John

Jennifer St. John wanted to give back to an illness that left an indelible mark on his family.

So the Marnie & Michael founder opted to create a social enterprise devoted to cultivating a supportive virtual mental health community, which includes donating 15% of all profits from her Penetanguishene-based artisan handbag business to mental health charities and initiatives.

“My mom was bascially living the majority of her life with mental illness,” he said. John tells MidlandToday.

“She was not diagnosed until she was 52 and she passed away just before her 62nd birthday. So for the last 10 years, she lived a life that was more indicative of where she wanted to be. “

Growing up with a bipolar mother, St. John experienced the traumatic highs and lows and lack of stability when raised in a family with mental illness and had access to little support, if any.

The illness also played a part in her parents’ (Marnie and Michael) eventual breakup.

“It was just a rollercoaster. They kind of came in and out of each other’s lives, ”St. John says, noting they were together for about 15 years at the later stages of their lives.

“The love was always there.”

St. John says her mother’s illness also caused an unsettled home-life for her and her siblings. This included many moves over the years where the children were forced to pick up and seemingly start their young lives anew in a different town with no friends.

“We couldn’t really talk about what was going on,” she says. “I definitely felt very alone on this journey.”

St. John recounts how one of these moves included crossing the border into the United States where her mother married an American man, a union that didn’t last.

“I’m not really from one spot,” she says. “In late high school, we settled in Orillia.”

And now as a mother of two, who has created a stable and loving home with her husband of 22 years Murray Smith, St. John wants to give back to help other children and families who might be going through circumstances similar to the ones she lived through as a child.

She says the bottom line is that mental illness is hard on everyone.

“It’s hard for those suffering the illness and for those loving the person who is suffering,” St. John explains.

“She (her mother) had six children by her mid-twenties, leaving my childhood impacted by traumatic highs and lows and left reeling from her impulsive life-changing decisions.

“No one talked about mental health and everyone around us was distracted by her unhealthy coping strategies.”

St. John says the only constant in their lives was instability.

“We were shamed into saying nothing; keeping our home-life a close secret, ”she says. “I am determined to be a part of the conversation and space that is changing this.”

Artistically inclined from a young age, St. John has always been involved in art and design. She worked in the art department of various films and also served as a film and television producer.

“I thrived on learning the business side of the film industry and always knew I would be back in the driver’s seat of my next venture,” she says.

So inspired by her relationship with her mother who wrestled with bipolar during St. John’s childhood, she successfully started the Marnie & Michael line of artisan, handcrafted leather bags and goods, all of which are made locally.

“I wanted to incorporate a social giveback,” he said. John says, referring to her small business that found its perfect location just off Penetanguishene’s Main Street in early 2020.

“We started with a very small line of three bags and now have up to 20 bags,” she says.

Regionally, Marnie & Michael bags can be found in about eight stores, but there are plans afoot to expand its footprint across the province and into other parts of Canada.

“I think people are drawn to a classic timeless style,” John says, referring to the product line’s increasing popularity. “There are also people who seek out that giveback model.

“Our products are at a certain price point. They’re definitely comparable to other handmade leather products. “

As an example, St. John notes that a wristet leather bag costs $ 65 while a leather backpack retails for $ 325.

And there are also plans to increase production beyond what St. John and the two production workers she employs for three to four days a week can create.

“We sold over 1,000 products last year,” she says, noting her hoping to soon line up an apparel manufacturing operation to also help out.

But St. John adds that kind of move would not affect product design or custom manufacturing, which would still be both done locally.