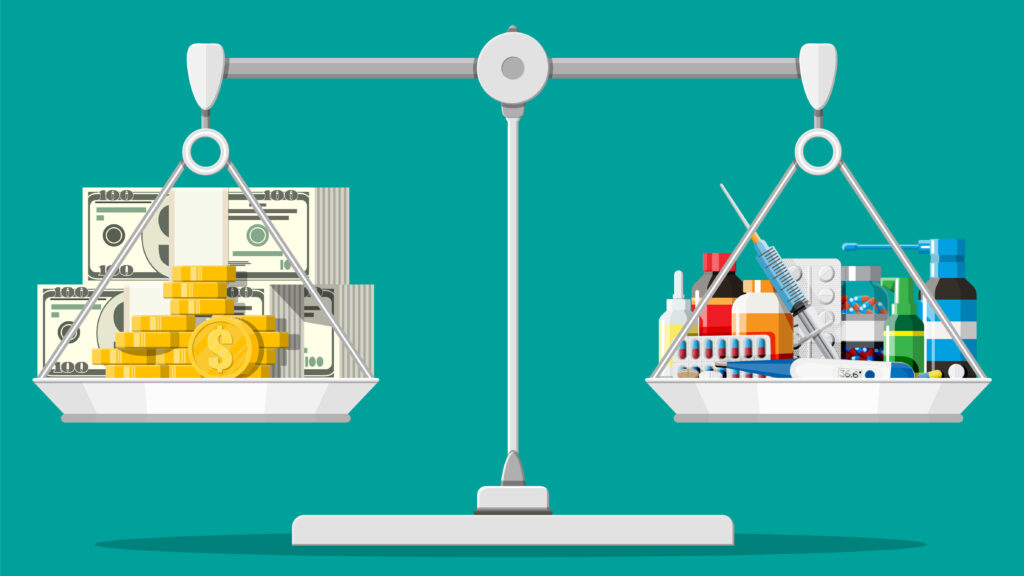 Biogen’s announcement on Tuesday that it is “substantially eliminating” its spending on Aduhelm caps a remarkable story of drug development gone bad.

In a controversial move in June 2021, the Food and Drug Administration approved the Alzheimer’s drug, disregarding the strong objections of a panel of independent experts that said science didn’t support approving the drug.

In early April of this year, the Centers for Medicaid and Medicare Services announced it would cover the cost of Aduhelm only for patients enrolled in clinical trials supported by the CMS, FDA, and the National Institutes of Health. That decision was scientifically based and politically courageous – the drug is clinically ineffective, unsafe, and expensive.

What is remarkable to me is that CMS stood up to intense lobbying from the pharmaceutical industry, advocacy groups, and members of Congress and put patients first, above all other considerations.

Biogen, fresh off major decisions on CEO and Aduhelm, faces next hurdles

The decision was, of course, controversial. A Wall Street Journal editorial, “Sandbagging an Alzheimer’s Treatment,” blasted the decision, asserting it meant that “CMS bureaucrats will now scrutinize FDA’s clinical judgments, and step by step the Biden Administration was undermining U.S. biotech innovation.”

Biotech and pharmaceutical companies in this space that had new drugs under consideration using the FDA’s accelerated approval mechanism, which allows companies to use surrogate endpoints, were disappointed with the requirement that drugs approved under this mechanism will need to show real benefit to patients in placebo- controlled studies – the international gold standard in randomized clinical trials.

The market for a drug that can modify the course of Alzheimer’s disease is enormous. This opportunity has spurred innovation as well as the potential for fraudulent science and deceptive advertising and marketing. As an example, Pain Therapeutics, an Austin-based biotech company that had failed to gain FDA approval for Remoxy, an opioid painkiller, rebranded itself as Cassava Sciences and began working in the Alzheimer’s disease drug development space. It received approximately $ 20 million in peer-reviewed grants from the NIH and boasts several peer-reviewed publications.

The company claimed that its Alzheimer’s drug, simufilam, could actually “renew cognitive function” and made plans for large-scale Phase 3 clinical trials pitting the drug against placebo.

Cassava attracted large amounts of money from investors and for a while its stock soared, giving it a market value of $ 5 billion. However, based initially on a citizen petition to the FDA that asserted that much of the science behind the development of this drug was fraudulent and based on data manipulation and poor peer review, Cassava Sciences is now being investigated by several federal agencies including the Securities and Exchange Commission and the NIH.

In 2021 alone, the NIH spent $ 3 billion on Alzheimer’s disease research. Biopharmaceutical companies and other private groups have invested large sums of money aimed at developing effective therapies for Alzheimer’s. With investments of this magnitude come high expectations that promising laboratory findings will be rapidly translated to the bedside and then to the community to help society deal with one of the biggest health challenges of our time.

Over time, delivering on these implicit promises and meeting these expectations becomes part of the culture of investigators, advocacy groups, and patients and families that work together on alleviating this problem.

Scientific innovation is one of America’s unique strengths. From cell-based therapies that cure diseases to electric vehicles that eliminate fossil fuel emission and fight climate change, the US is a world leader in basic, laboratory science that leads to innovation and inventions with impact. Innovation is part of the country’s cultural and intellectual DNA. But this drive for innovation must be matched with strict scrutiny – checks and balances at all levels – to ensure that the science upon which products are based and developed is strong and objective.

Public safety is paramount, especially when considering drugs and related biologics that will be eagerly welcomed by vulnerable individuals and their families, desperate for a cure or a new treatment that reduces pain and suffering and improves the quality of their lives.

Many segments of society have responsibilities in this area: advocacy groups, pharma and biotech companies, investors, scientists who peer review grants and scientific manuscripts and, of course, all relevant federal agencies with approval and regulatory authority. Society expects everyone in the biopharma sector to put the safety of citizens first, above all other considerations, at all times. The “high-risk, high-gain” approach to funding, popular at both federal and private levels, sounds seductive.

But there are no shortcuts in science. Scientific testing is often slow and laborious, but it must not be rushed and it must be governed by the primary Hippocratic principle of non-maleficence: do no harm. Intellectual honesty and multiple levels of review, both peer and regulatory, are necessary before a product, especially one that promises a treatment for desperate patients, can be approved. All three metrics – efficacy, safety, and cost-effectiveness – must be met. There is no room for compromise, no false promises of breakthroughs and wonder drugs.

In the case of Aduhelm, CMS heard all voices, not just the loudest ones, and made the right decision.

Anand Kumar is a geriatric psychiatrist, professor and head of the department of psychiatry at the University of Illinois Chicago, and past president of the American Association for Geriatric Psychiatry.