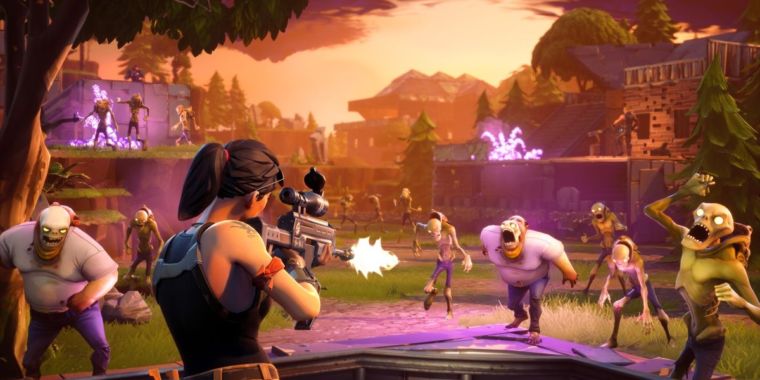 In an about-face, Epic Games has made Fortnite available on Microsoft’s Xbox Cloud Gaming streaming service. Among other things, that means the massively popular game is officially available to play on the iPhone again for the first time since it was pulled in the midst of the recent legal battle between Epic and Apple.

A post on Microsoft’s Xbox blog specifies that all you need to play Fortnite on just about any device with a screen is a Microsoft account, Internet access, and the device.

Fortnite is a free-to-play game, and for the first time, Xbox Cloud Gaming is also free-to-play, so long as the game you want to play is Fortnite. The company’s cloud-gaming service is normally restricted to paying Xbox Game Pass Ultimate subscribers, but Fortnite is receiving an exception and works in any web browser with nothing more than a free Xbox login. Microsoft writes that it plans to introduce more free-to-play cloud games that don’t require paid Xbox Game Pass Ultimate subscriptions in the future.

At least part of Microsoft’s hope here is likely that long-disaffected iPhone Fortnite Players will sign in to play the game on their phones, see how well it works, and then sign up for the full service to access premium games, too.

Fortnite was one of the most popular games on the iPhone (and just about every other platform) until Apple removed it from its app stores near the time when Epic sued Apple over a variety of App Store-related issues.

The lawsuit resulted in some minor victories for Epic but mostly major ones for Apple, and Fortnite did not make it back onto the App Store.

During the legal proceedings, it came to light that Epic declined to make Fortnite available on Microsoft’s service because Epic saw the service as competitive to its goals on the PC platform, so Thursday’s announcement is a reversal.

If the game hadn’t ended up on the iPhone via Microsoft’s service, though, it would still have made it there eventually. Nvidia has been conducting a closed beta of its own streaming service on the iPhone (also featuring) Fortnite), but it hasn’t been widely released yet.