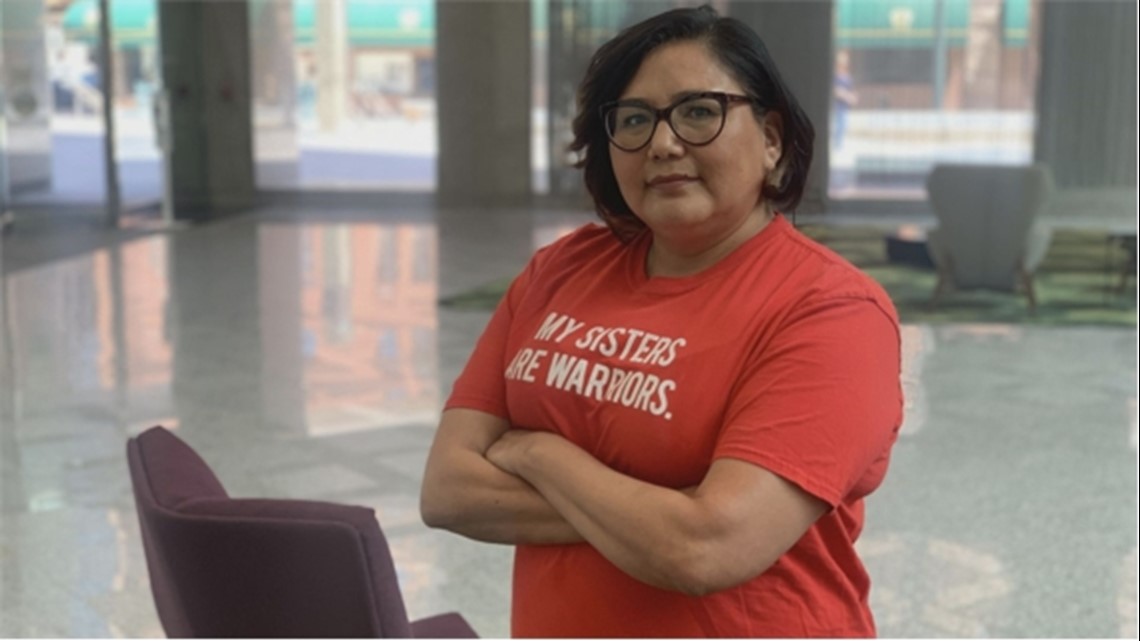 Despite some pushback on SB22-150, advocates and lawmakers said they’re hopeful the bill could pass.

DENVER – As a Coloradans rally in honor of the National Day of Awareness for Missing and Murdered Indigenous Relatives, a bill that would create a statewide office to help solve these cases could face some roadblocks at the Capitol.

“So this work and what we do is to help those families and to help our community find their family members and bring them home,” said Donna Chrisjohn, who helped lawmakers draft SB22-150, which would create an Office of Missing and Murdered Indigenous. Relatives.

Among other things, the goal is to improve coordination, response, communication and awareness of MMIR cases.

“This is also for all of our future generations, including my own children, to make sure that they are safe and that there are mechanisms in place to support them and to support families,” Chrisjohn said.

The office itself, according to the bill, would establish an MMIR alert system, train first responders and improve reporting mechanisms on the cases. According to the bill’s text, it requires the Colorado Bureau of Investigation “to work with the office and federal, state, tribal, and local law enforcement agencies for the efficient investigation of missing or murdered indigenous persons.”

But both Chrisjohn and a lawmaker say recent pushback has them concerned about the progress the bill has made so far at the Capitol.

In addition to being on the Denver American Indian Commission, she serves on the Board of Directors for Chinook Fund and People of the Sacred Land, is an indigenous education consultant and is a mother of five.

Through all of this, her longtime advocacy for the community she’s part of and knows best has allowed her to help lawmakers draft legislation.

“So in addition to that, I have had some family members go missing and some of them have been found murdered and those cases are still unsolved. So it does impact us and impacts every Indigenous person in our lifetime,” she said.

According to the fact sheet sheet put together for the bill, 15 other states have taken legislative action to address the crisis of MMIR, including Utah, New Mexico, Oklahoma, Wyoming and Kansas.

The fact sheet also says the MMIR Task Force of Colorado has found more than 50 MMIR cases in the state.

“So we are asking for our community, for the state and the Senate and the legislature to listen to our voices, to listen to our needs and our concerns, and to understand that we are working professionals. We did our research. We structured a bill that we think will help our relatives, “Chrisjohn said.

In mid-April, Democratic Lt. Gov. Dianne Primavera wrote a letter to lawmakers expressing support for the cause, but proposed a different direction for how to tackle the issue, including engaging with the already-existing Colorado Commission on Indian Affairs.

“While CBI would work immediately to dedicate resources to casework, CCIA would be the appropriate office to establish a time-limited Task Force to examine the wider issues that contribute to MMIR and to develop a set of recommendations for how the State can successfully bring justice. to MMIR and their families, “the letter read in part.

“Additionally, the administration encourages you to rely on existing operational tools and technologies wherever possible,” it continued. “This will help people more easily utilize any new tools at first, and is often more efficient and effective in the long term.”

Democratic Sen. Jessie Danielson and Chrisjohn both say Democratic Gov. Jared Polis has threatened to veto the bill if it passed. Police ‘office has not confirmed to 9NEWS whether he would sign the bill or not.

“We support the goals of the MMIR bill to address this important issue. We’re in ongoing dialogue with sponsors and are hoping to find a mutually agreeable path forward. The Polis-Primavera administration is committed to continuing to support and serve AI / AN. communities across the state and to addressing the MMIR and creating a framework where this work can be successfully implemented but this misses that mark. If this can’t be resolved legislatively we are confident we can do so through other means, “Polis’ office said in a statement.

In response, Danielson held out hope.

“Although Governor Polis has threatened to veto our bill to address the crisis of MMIR, I am hopeful that he will change his position and support the Indigenous community and this important policy,” Danielson said in a statement.

The bill has to pass one more vote in the House before heading back to the Senate.

RELATED: Proposed bill would create Office of Liaison for Missing and Murdered Indigenous Relatives in Colorado

RELATED: Some Colorado schools remove Indigenous mascots ahead of deadline