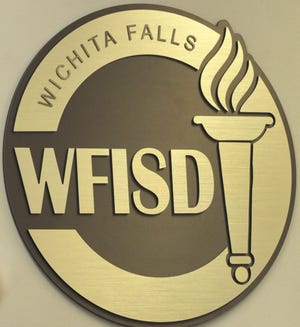 The District of Innovation program, approved by the Legislature in 2015, allows traditional ISDs flexibility available to the state’s open-enrollment charter schools.

Qualifying school districts can obtain exemptions from some parts of the Texas Education Code, gaining more local control and autonomy.

The plan approved by the District Advisory Committee has exemptions for the school calendar, teacher certification, minimum attendance for credit, campus behavior coordinators, suspension for homeless students and ejecting a parent or community member.

The proposed DOI plan will go before the School Board for consideration May 16 and is available for viewing online at wfisd.net.

WFISD doesn’t need the Texas Education Agency to approve the DOI plan, according to the Texas Association of School Boards.

But the district must notify the TEA commissioner if the School Board approves the plan and meets other reporting requirements, according to TASB.

WFISD’s first DOI plan was for 2017 through 2022 and was approved by the School Board April 11, 2017, according to the proposed renewal of the plan.

The plan up for the School Board’s approval includes renewals of exemptions, as well as new additions.

If trustees approve, the district will declare itself exempt from these provisions as outlined in the plan:

School start date – renew. WFISD does not want to be restricted to beginning school on the fourth Monday in August. A flexible start date lets the district determine annually what best meets students and others’ needs, the district contends. But WFISD won’t start school earlier than Aug. 10 for students and Aug. 3 for teachers, except for new teacher training.

Minimum attendance for credit or grade – renew. The law requires students to attend class 90 percent of the days a class is offered to earn credit. WFISD holds that is an arbitrary percentage and leads to awarding credit based on seat time instead of mastery of the content. The district seeks flexibility to allow for virtual learning and support of students who are unable to attend class.

Student Discipline-Suspension for Homeless – New addition. School suspension is restricted to students designated as homeless. The designation lasts the whole school year although the student may find housing. WFISD wants to be able to suspend a student for disciplinary purposes if it is determined they have adequate housing.

More:Parent with school safety concerns: ‘I feel like our priorities are way off’

Unauthorized people: Refusal of entry, ejection, identification – new addition. The law requires a guest – a parent or community member – to get a warning before being ejected from a campus or school event. Once ejected, the person must receive a written notice of how to appeal the ejection. WFISD wants to allow certain staff members to remove parents or visitors whose behavior is deemed inappropriate without giving a warning or written notice.

Student Discipline-Campus Behavior Coordinators – renew. WFISD wants to be exempt from the state requirement for one person at each campus to be the designated campus behavior coordinator. Then campus principals could divide or delegate those duties to assistant principals.