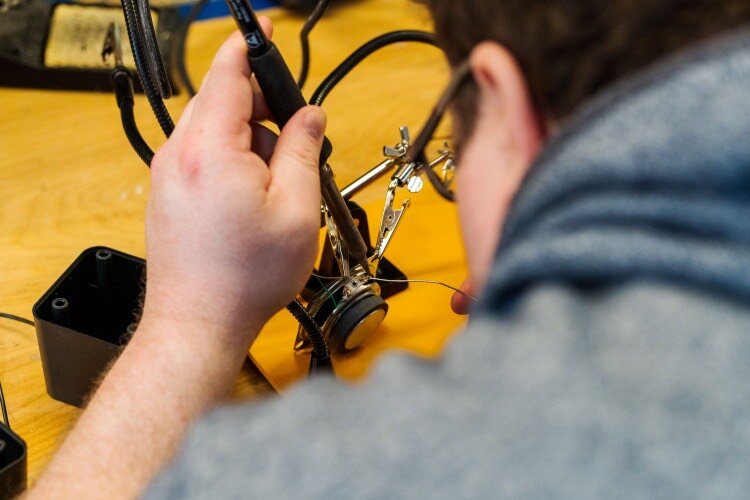 What’s happening: A lot has changed since the first-and-only Traverse City Startup Weekend was held in 2014. And just as the Traverse City tech and startup scene has grown considerably since then, an event inspired by the aforementioned Startup Weekend is ready to launch, but this time with more events and more ideas: the new and expanded Northern Michigan Startup Week. The event is scheduled to run Monday, May 9, through Sunday, May 15, at various locales throughout the Traverse City area. The events are open to the public and many of them are free to attend.

Growth industry: The region’s tech and startup community and support system has grown considerably since the one-off event in 2014, says Keri Amlotte, director of marketing for 20Fathoms, one of the organizations responsible for orchestrating this year’s event. Additional Startup Week organizers include Newton’s Road, Northern Michigan Angelsand TCNewTech.

“This year, we’re building on that weekend event. We figured that the timing is right given the growth of startups in the region, ”Amlotte says. “The four of us (organizers), we’re always working together so it’s a natural fit and progression.”

Breakdown: Since 2014, the startup pitch competition TCNewTech formed in 2015; startup incubator and coworking space 20Fathoms formed in 2018; and Northwestern Michigan College opened the West Hall Innovation Center and Michigan Tech University opened a research hub in Traverse City, both in 2020. Numerous startups have formed and scaled, including ATLAS Space Operations, Birch Infrastructure, and more. Northern Michigan Angels have increased investment in companies throughout the region. And the nonprofit organization Newton’s Road has increased its STEM learning programming, too.

What’s planned: Several events throughout the week are free and open to the public, including Space Night, a meet-and-greet with members of Northern Michigan’s space industry with two planned panel discussions, and a number of startup pitch competitions. Events requiring paid admission include the Funding Innovation Wine Event, an informative and networking event for founders and investors; the Startup Expo & Community Celebration, including an awards ceremony, business expo, and networking opportunities; and the TechStars Startup Weekend, an immersive 54-hour startup competition that runs all weekend long.

More information about each event is available on the Northern Michigan Startup Week website.

What they’re saying: “I saw a tweet yesterday that said working at a startup in the Midwest is a team sport. I thought that was very apt, ”Amlotte says. “We want more collaborations and the organizations involved in this, we’re working towards building a community here.”